Thoughts about Veterans Day and The Greatest Generation 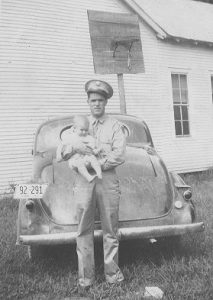 You can look it up to see if I’m right, but what I think I know is that November 11th (and I believe it’s down to the minute at 11:11) was originally called Armistice Day, and commemorated the end of what was then called The Great War, or for us today, World War I. At some point it became known in the U.S. as Veterans Day, and we are to honor those that have served in the military. (According to the inevitable Facebook scoldings, May’s Memorial Day is reserved for those who died while in service to our country.)

My Dad was a veteran of WWII. He and others of that war have been called  “the greatest generation.” On Veterans Day 2016 I posted this comment on Facebook:

The difference between the maturity level of my dad and other 20-somethings and teens of the 1940s and these college kids today is amazing! Have we spoiled them or what?! My dad lived through the depression and saw some horrific things while serving in Germany, and came home and NEVER expected anyone to comfort him or coddle him or financially support him. He didn’t cry for a safe place. You bet my dad was emotionally affected and traumatized to some level by the experiences of his teens and 20s, but he totally took responsibility for his life, as well as the lives and well-being of his wife and 5 children that came in his 30s and 40s. We have surely messed up big time to have created this latest generation. What will it take to turn it around? — especially when these cry-babies are the parents of the next generation. I know it’s not all bad, and I have some pretty level-headed young friends on here, but these stories coming out of our institutions of “higher-learning” are mortifying to me.

I am so grateful for my dad. I was blessed

Today as I read that comment in my FB memories, I thought again of that generation. They went through hard times, with the Great Depression followed by yet another awful world war, where so many young people were sent over to die in foreign fields. And I once again compared them to what I see around me today. I pondered about the character of those young people of the early/mid 20th century. Were they really better than what I see around me today? How would 20-somethings today respond if they were in the same situation? Did the hardship of the Depression help create willing soldiers to go die for a cause? And did the war experience build character in the survivors, such that they returned as responsible citizens, demanding little from their communities and nation?

I must study politics and war, that our sons may have liberty to study mathematics and philosophy.

Our sons ought to study mathematics and philosophy, geography, natural history and naval architecture, navigation, commerce and agriculture in order to give their children a right to study painting, poetry, music, architecture, statuary, tapestry and porcelain. ~ John Adams

John Adams was willing that their generation be focused on the fight for independence so that the following generations would be free to study things a little more peaceful and beautiful. (It’s interesting to me to note that he says “politics and war,” as if assuming that politics might go away as he hoped war would do.) This was the dream of Adams for his sons, grandsons, and so on. You can look at the lives of Adams’ sons, with the exception of John Quincy, to see how well that worked out.

If war and the sacrifice that comes with it builds character, must we always be in a state of conflict to remain in general a people of noble character? I would hope that human beings, with all that our Creator built into us, would be capable of much more. “The land of the free because of the brave,” I read on the sign every time I pass a little diner in my town. But what are we doing with this liberty with which we’ve been blessed? The fact is, if we’re doing it right, the freedom we now have to “study mathematics and philosophy”, “painting, poetry, music”, etc. can build those same virtues in us which the “study of war” did for the generation before us.

So what are we missing?

It is unfortunate that the study of history is mostly about the study of wars. “Thus has it always been”, but does “thus shall it ever be” have to be our reality? War, truce, order, general indolence, some excessively spoiled brats out of control, leading to War…

What can we do to prevent ourselves and our children from allowing our cushy lives to turn us into a culture of indolent, self-centered, spoiled brats?

He gave up this 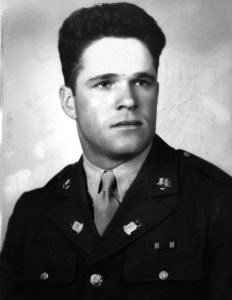 To be a soldier 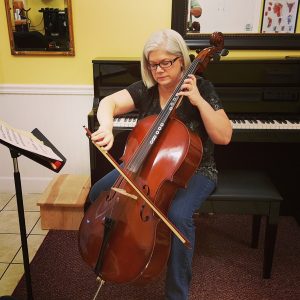 So that I could do this