Guest Post: James Pelham, age 16, on Thinking (or not)

In a program, when something goes wrong, the program crashes. It sees its current state versus what its state is supposed to be, then goes ‘Hey! These aren’t the same!’; but rather than thinking about what led to this difference, and how to fix it, it crashes. It’s a program. It doesn’t think; it follows orders. The best it can do when it can’t do its job is throw up its hands and crash.

Some people do this, too.

They think, ‘People in my group are the best people’, but they observe, ‘Here are some people that behave better than the people in my group.’ These contradict each other. Crash. They are unable (really, unwilling) to handle this contradiction gracefully, so they ‘crash’ and move on, trying not to think about it anymore. 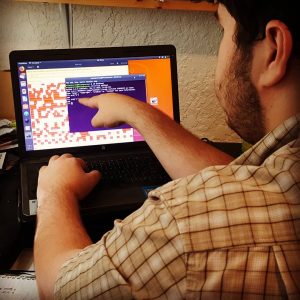 This is what the Lord Almighty says: “Give careful thought to your ways.”  ~ the prophet Haggai

My son, let them not depart from your eyes—
Keep sound wisdom and discretion;
So they will be life to your soul
And grace to your neck.  ~ King Solomon