If you experienced even one highly-excellent event in your schooling years, you can probably relate to what I want to say here. For some, it might have been winning the big game. For others, putting on a great play or musical. For others, winning the Spelling Bee or the Brain Brawl, or getting a Superior rating at the Band Festival. I trust you’ll know what I’m talking about.

Well, there’s a difference in what people do with those excellent schooling experiences—whether they experience many or few such things. Some people take those experiences as trophies—as things to be remembered—as high-water marks of life. They are the sort to say, “Hey, do you remember that time that such-and-such happened?” A lot of people are like this, and draw joy (whether much or little) from these schooling-years experiences throughout the rest of their lives.

But there’s another kind of person that’s worth mentioning. It’s the one who takes those 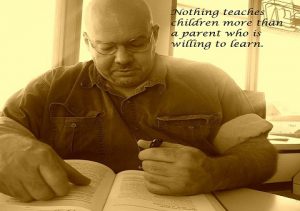 excellent experiences and who doesn’t only use them as trophies, but as *foundations* for the rest of his or her life. That is, having learned what it took to win the big game, people like this keep on applying those winning habits and become very successful in other accomplishments. Or remembering how the drama club had really pleased the audience with that one show, they continue on to mastering that kind of excellence, and using it repeatedly to do similarly-successful things. Or remembering how they had to push and push themselves to develop the skills that won them some award in high school, they continue to push themselves in their adult years, and they end up as avid life-long learners who remain engaged in the world, at the very time in life when so many others are eager to withdraw from the world as often as they can.

I think there are many more people for whom these early experiences in life are mere trophies than there are those for which they are foundations. For whatever reason(s), they are not now going after things as they did in their youth. And that’s a very sad thing to me.

I’m not writing this to point a blaming finger, but to appeal to the “what if?” of life-long learning and engagement. What if *everybody* kept on learning and stayed engaged? What if everybody got BETTER at things in their adult years than they had been as teens? Would that make for a different society than the one we have now?

And on the other hand, what if *nobody* kept on learning and stayed engaged? What if we *all* shut down and retreated from the world? Then we’d be without those precious few who make such excellent teachers and leaders and parents today. And would THAT make for a different society than the one we have now?

Indeed, it would. Even those who think our current society is rather lousy, should readily admit that there are enough difference-makers in it to make for an obvious decline if they should stop making those differences.

I’m not entirely sure why people shut it down, rather than firing it up even hotter than before. But I’m pretty sure that they don’t HAVE to.

What if someone were to turn it around, and start getting deliberate again about excellence in this or that?

Well, I think that’s a pretty hopeful idea. And even if that individual doesn’t “change the world”, he’s changed his OWN life for the better. And what if EVERYBODY did that? Would that change the world? Yes, quite obviously.

I think that so many underestimate the power of personal and proactive choice—and the opportunity that it presents. And I doubt that very many people at all get to the end of life bewailing their lives thus: “If only I had learned less and been less engaged in the world!” 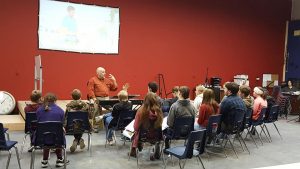 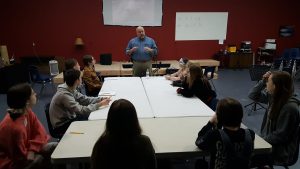 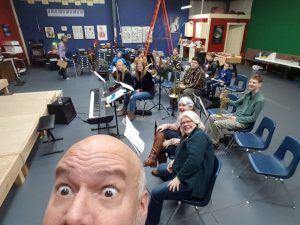