Next year will our 10th wedding anniversary. As we go through this year, we are coming upon all the 10th anniversaries of significant events that led up to our engagement and marriage. Jack and I met in late 1998 and were merely acquaintances for the next few years as we were part of the same church and worked on a few church/charitable music events together during that time. In 2001 circumstances drew us closer together and we became true friends. We shared lots of talks and emails about what concerned us with life. Memorial Day was the 10th anniversary of his driving back from a family vacation in Florida straight to my Nashville apartment. He was beginning to see that coming home seemed to mean seeing me 🙂 And today’s anniversary? On that day Jack had to make a pretty big emotional decision and when it was over, where did he go? To my apartment. He put his head on my shoulder and cried and watched Shanghai Noon with me and my roommate.

Here’s an interesting note about Jack and those emotions. In the past, Jack was quite prolific with poems and songs and one-liners (the type you see on inspirational posters). Many of these poems and songs were written about and to women he was dating. I got a few poems in the beginning, but never a song. I asked him early on why he stopped writing the poems and songs and he responded, “Because I’m happy now.” If his poems came from uncertainty and sadness, I’ll take the security and happiness over poems and songs any day. Wouldn’t you?

In keeping with the Always Learning theme of this blog, a whole lot of learning was going on at that time. Somebody was learning that there must be a reason that he kept coming back to the same person whenever he had something meaningful to share or a shoulder to cry on. And someone else was learning that she really liked providing that ear and shoulder.

“There is a friend who sticks closer than a brother” 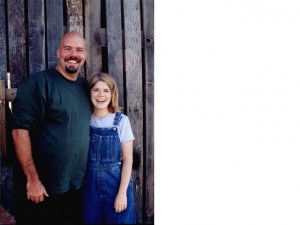