What a boy can handle

Yesterday evening we were in the van on our way to the library and then some supper and I pondered aloud “I wonder if there ever was a king that understood that he served the people; a king that acted more like a shepherd than a ruler/owner of the people.” I won’t bother to pinpoint where this wondering came from since I’m reading alone and with Jack and James several things right now. James pipes in at some point, “That’s just like the government!” and says some things about them making things that are not their business to be their business and on and on. On our return home (I can’t remember what was being said at the time) James asked the question, “When did I first become interested and aware of what is really going on with the government?” (as in the reality of the corruption).  We don’t really know, but it’s probably about the time of our run-in with our small town government in which James made several visits with us to the attorney’s office and local justice center and earlier that year James accompanied us to a rally for Ron Paul. In case you don’t know, Ron Paul does not hold back and he isn’t concerned about speaking the party-line. This would date it around the time of James’ 5th birthday.

The boy is pretty intense about the truth of things and does not hold back from being a part of the conversation. But what was funny to me was to see him when he got home playing with his new spy watch. James has some pretty grown up thinking and concerns and is more serious and mature than some folks might think is good for him at this age, but he is still all boy and full of fun and imagination. This is not a kid who is being “robbed of his childhood” because he is being exposed to and participating in real life situations. He is having a good time. And so is his very serious Dad. You know that by the 100s of nerf darts that I’m constantly picking up around this house. 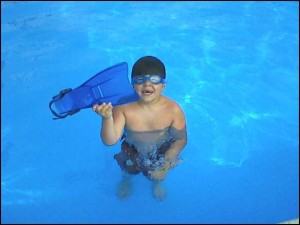 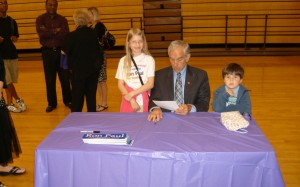 2 Responses to What a boy can handle