The company he keeps

Copying this from the comments in the previous post. Just an example of the sweet surprises I get from time to time.

Last night we went to see the “African Cats” movie. It followed a year in the life of a pride of lions and a mother cheetah and her cubs. Cheetahs are independent loner animals. After we watched the mother cheetah raise her cubs to young adults, the narrator said that now that the training was done, they would all go their separate ways. James leans over to me and says, “When my training is done, I don’t want to lose my mother. You know why? Because you’re good company.”

I feel like I mess up often with James with my impatience and insecurities and the distractions of life, but then he says things like this and I know we’re doing the right thing and we’re going to be all right. 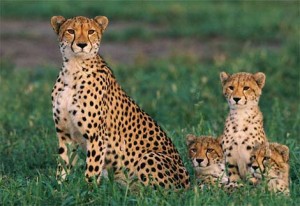 This entry was posted in Nature, Parenting and tagged James. Bookmark the permalink.

1 Response to The company he keeps